Mounted on the top of the auditorium outside the stage curtain. The light is projected from the front in the performance area of the stage, and the light level that illuminates the actor's face is a face light. It achieves universal brightness and eliminates the "dead angle" that is easy to produce in the picture. It can also adjust the light ratio, increase or decrease the contrast to show the effect of equalization and avoid partial underexposure. However, if this kind of light is not used in conjunction with the light of other light levels, the tone will have no brightness level and three-dimensional sense, which makes it appear dull. Therefore, it can only serve as basic lighting and basic color, and does not play a major role on the stage. Can not be a tool for the main light and sculpture image. The luminaire should use a spotlight with good performance.

The law of lighting is generally divided into parallel projection or left and right cross projection. 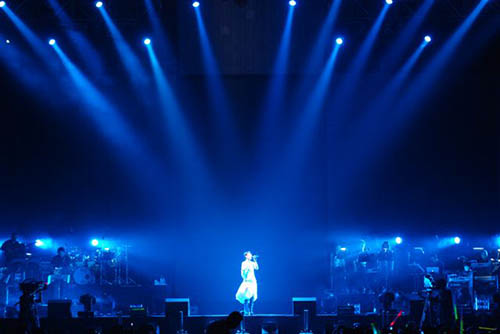 Also called pick light, the lights set on the front of the second floor of the auditorium, with the light can increase the overall brightness of the front of the stage, with the floodlights can illuminate the stage and the auditorium near the stage, and the pick light can provide television news reports and meeting with auxiliary lighting. The light is projected from the sides and the low position to the stage performance area, which is complementary to the surface light.

This kind of lighting will make the actor's face appear almost completely flat, and the actor tends to merge with the background and cannot stand out. For its part, this is an unimportant lighting angle. However, in spite of this, front light is also useful. For example, an actor with a deep-skinned face may look uncomfortable if it is lighted from 45 degrees. If you carefully cast a front light with a lower projection angle, you can make up for too strong shadows.

The light is thrown from the side to the lamp position in the stage performance area, which is called the left and right ear light respectively. It is used to enhance the three-dimensional sense of people and scenery, and to form the illumination effect of the front side, resulting in a stiffer shaping effect. If it is properly matched with the light in the dark part, it can achieve a rich and powerful shape.

It’s the most sensitive for person’s perspective to the change of the side light. The side light is the main light of the person and the scenic face, and the important tool of the shape; based on shape and the illumination is supplemented. In order to achieve the vertical illumination, the horizontal direction is not less than 2 lights. .When two rows of otounds with the same light color are simultaneously projected, the high position light is usually dominated by the projected high beam area, and the low position light is usually dominated by the projected low beam area. 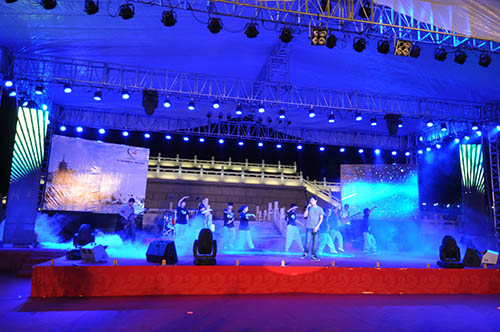 The column light is to make up for the lack of surface light and slap light. Choosing the proper lamp can also be used as a close-up spotlight. In addition, a line of effect lights is hidden at the building table to provide a more flexible means of expression for the interior lighting effect.

On both sides of the stage screen, the lamps are mounted on the "retractable movable table" or on the "vertical iron pipe" and "fixed iron frame". The stage counter (top) is equipped with a light bridge. The side panels are provided with side light positions (column light).

The arrangement and projection method of the lamps are basically the same as the slaps.

The sidelight sidelights are installed on the skylights on the two sides of the stage, or from the elevation of the skybridge to the entire side façade of the near-stage ground. It is known as the “overpass sidelight”. Referred to as "bridge light", "inside light", "sidelight", the light is placed in the cage called "hanging light" or mounted on the ladder is called "ladder light".

The styling light from one side or both sides can emphasize and highlight the contour of the side surface, and is suitable for expressing a volumetric effect such as relief and portrait.

One side may show a strong contrast between yin and yang.

The double-sided light can express the splint light with individual characteristics, but it need to adjust the light ratio of the front auxiliary light to obtain a relatively perfect modeling effect.

The top light is a vertical light that is projected from top to bottom and is not suitable for photographing people. This kind of light position, such as the use of astigmatism lamps plus soft paper or yarn, becomes soft light, giving the scene a universal illumination, which can be used as a bottom light, which can give the scene, props and ground a uniform illumination, and can Appropriately reduce or eliminate the clutter caused by the light of other light levels.

The spotlights at the top of the scene are usually mounted on the light-duty bridge and the special boom for lighting, which are mainly projected in the middle and rear performance areas of the stage. The lights installed on the boom in the order of the curtains along the platform are a top light, two top lights, three top lights, and the like.

The music pool top light is located at the top of the music pool and is vertically illuminated from the top to the bottom. As the music pool rises, it becomes the stage performance lighting in front of the curtain. This light position should not be used alone and should be matched with the front light. 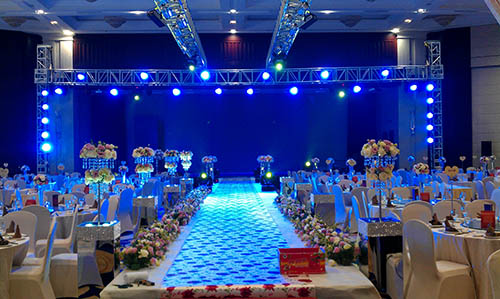 The light that is mounted on the lip of the large screen, the light from the platen is projected upwards on the actor's face or the lower part of the curtain after the illumination is closed,which is called foot light. Strip-shaped floodlights or low-angle spotlights are generally used.

It can be used to create a horrible atmosphere to get a terrible feeling of horror, a ugly form, and a face that will be obese and bloated. The artificial traces of this kind of light effect are thick, sometimes giving a feeling of artificiality. Generally, it is not suitable to be used alone, except for special circumstances and special requirements. However, in some cases, the scenery light and the background light effect are often used , such as the lower part of the sky are foot light.

The light behind the actor is backlit, and the beam falls on the actor's head and shoulders, creating a halo effecteffect that makes the actor stand out from its background.

The full name of the light opposite the audience position is backlight, at a 180° Angle. This light is often used to represent the silhouette effect of an object or character. The general use of backlight is to draw contour lines to separate the object or character from the background, resulting in a sense of spatial depth, the picture is not dull, and has a vibrant feeling.

The light intensity of the backlight is stronger than the front, otherwise it will not be effective. Most of the spotlights with high luminous efficiency are selected.